Elizabeth Téa Leoni Pantaleoni is an American actress as well as a producer known best for starring in the comedy sitcoms like- The Naked Truth and Bad Boys.

She is also well recognized for her roles in box-office hit films like- Deep Impact, The family Man and Jurrasic park III. In all of her career period, she had made a remarkable name for herself as a skilled actress.

The gorgeous actress Téa Leoni was born on February 25, 1966 in New York City, USA. Born to her parents Emily Patterson and Anthony Pantaleoni, she is the descend from both Italian and English side of her  father’s family.

She comes from an artistic family with her mother being the niece of actor Hank Patterson. She is also the granddaughter of the Polish- American actress- Helenka Adamowska Pantaleoni.

Although, she was born in New York City, she grew up in Englewood, New Jersey.

But she eventually dropped out and did not complete her studies. 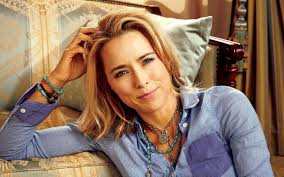 Leoni was first noticed when she got cast in the Angels 88 which is the updated version of the 1970’s show called- Charlie’s Angel.

But since the production of the show was delayed, the show never got to air. A year later, she was once again cast as DiNapoli in the soap opera called- Santa Barbara. The show was her official on-screen debut as an actress.

In the year 1991, she made her cinematic debut in the film Switch. But she only had a small part in it. She again played a side role in another film called A league of their own. The film was rated as a good movie with 7.5 stars out of 10 in IMDb, but since she only played a small part, not much people noticed her.

Finally starting from the year 1992, she got cast as a regular cast in the sitcom Flying Blind. The sitcom was a popular one and was rated as an excellent series with the rating of 8.5 stars out of 10 by the audience in IMDb.

This got her career to a new level and due to which she appeared in another sitcom called- Frasier as the fiance of the main character. 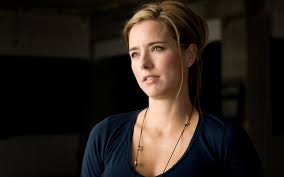 Following her appearance in Frasier, she was offered to play the lead role in the sitcom- The Naked Truth, which she happily accepted.The sitcom has a good rating of 7 stars out of 10 on IMDb and was critically approved good sitcom. The audience enjoyed her performance as Nora Wilde and the show ran from 1995 to 1998.

While in the sitcom, she also got to play the lead role in the film Bad Boys. The film was commercially successful and a box office hit, which grossed over $141 million worldwide. While rating the film, IMDb rated it to be a good film with 7 stars out of 10.

One after another, she got cast into several lead roles in the box office hit films like- Deep Impact, The Family Man, Jurassic Park III, as well as Fun With Dick and Jane. She also was a part of several short films like- You Kill me and The Smell of Success. Gaining fans and positive crtic review with each performance, she is now one of the successful actress of our time. She has also appeared in many TV series like- GhostTown and Madam Secretary.

Leoni got married to her first husband, TV commercial producer, Neil Joseph Tardio on June 8, 1991. They tied the knot in the St. Luke’s Episcopal Church in New Jersey. But their marriage was short lived and they soon got separated in 1995.

She remarried on May 13, 1997 to the actor David Duchovny. They had a happy married life and also have two children together named Madelaine West Duchovny and Kyd Miller Duchovny.

But this marriage was also short lived when on October 15, 2008, they announced their official separation. The media reported that the reason might be due to David’s much publicized sex addiction. And the couple split on June 29, 2011.

After her split with her secind husband, she has not remarried. But she is currently dating her co-star Tim Daly since the December of 2014.

While it seems that the actress does not have any social media accounts,you can find her on Twitter where she has around 47.2k followers. No other accounts are officially registered on her name so far.

With her acting career in TV shows and box office hit films, she earned a lot of sum. She currently has around $15 million as her net worth amount.

Except for the time when she was with her ex-husband David Duchovny, there are no controversy related directly to her.

Because she likes to keep her life on the low, she does not have any rumor going on about her as well.